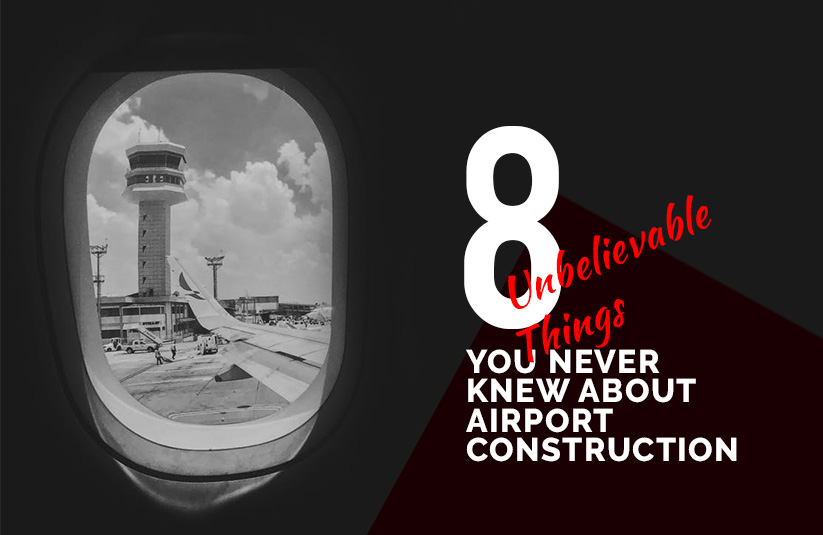 An airport is a place and an installation for the takeoff and landing of an airplane. Typically, airports have paved runways, and terminals for passengers and cargo, though that’s not always the norm. Here are 8 unbelievable things about airport construction (India).

Facts About Airport Construction in India

The vast majority of airports throughout the world are still relatively simple structures, with only a handful of airports being state-of-the art, having every kind of facility imaginable. Even now, many airfields have unpaved runways or at the very best, have lightly paved runways with single terminal and small buildings, a basic control tower, and simple landing aids. It is to be noted that such facilities can accommodate only light traffic, light aircrafts, and a small number of passengers or cargo. On the other hand, heavy air traffic is handled by sophisticated airport facilities and technologies, and they are vast built to accommodate the needs of passengers, crew and cargo, and the great range of planes that has evolved in the 21st century to support the needs of general aviation.

About us: At ISB, we convert design to structures, dreams to reality. From industrial PEB’s to multi floor steel building to individual housing, we cover your every need. Many a times, the project specifications change/evolve along with the progress of work, which most PEB manufacturers cannot accommodate. We understand these compulsions and hence have a flexible working system which can accommodate, to the best extent possible, such last-minute changes and modifications. Are you looking for solutions for your next building project? Look no further. Click here.